What are the Impacts of Stress and Overtime on Healthcare Workers? 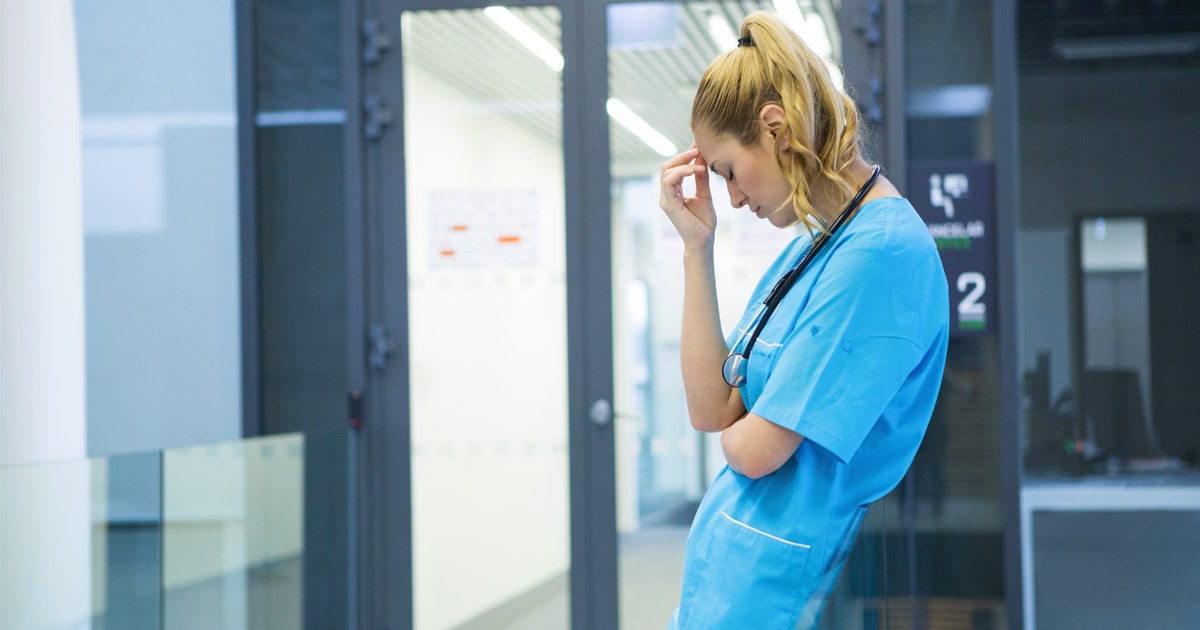 Long hours, physically taxing work, and hazardous working conditions all contribute to increasing workplace stress and undermining healthcare employee performance. What are the consequences on the well-being and performance of employees hospital-wide?

Organizations like hospitals and care institutions that require around-the-clock shifts (which often involve stressful work) can benefit from taking precautionary measures to keep workplace stressors at a minimum and mitigate a myriad of unfortunate situations that can arise from them.

In an article published in CMAJ, the authors assess high job stress to be most strongly associated with having too great a volume of work, having inadequate staffing to do the job properly, feeling under pressure to make deadlines, having conflicting demands on time, and having home life disrupted because of long working hours.

As a social concept, productivity requires a mentality of progress, along with the desire to improve a current situation.  Productive nurses will be enthusiastic about facing challenges and developing new skills. They will also take the initiative, show leadership skills, and solve problems with creative thinking.

On the other hand, staff members who continually face stressors while performing their work are unlikely to be productive or have the motivation to improve their skill sets. The same goes for employees with low energy levels  due to long work hours and closely scheduled shifts. Low productivity is often a symptom, showing that employee morale and efficiency are compromised and that proactive actions should be taken to change certain parameters within the working environment.

This concept is not recent. In 1985 P.K. Wilke et al. published “Stress and Productivity: Evidence of the Inverted U Function”. They suggest an optimum level of stress is required to maximize performance but once passed the threshold, productivity decreased.

It was reported by C.L Cordes and T.W. Dougherty that stress and burnout are associated with negative organizational outcomes such as absenteeism and high staff turnover rates. If employees believe that being at work will add to their existing stress, they will feel disengaged from work and try to stay away. Additionally, chronic stress can cause a wide range of health conditions, including anxiety, depression, cardiovascular issues, and gastrointestinal problems. Employees who suffer from these illnesses are also likely to call in sick more frequently, meaning an increased workload (and therefore stress level) for the other employees, which ultimately increases the pool of absent employees Unfortunate consequences linked to absenteeism include lower staff productivity, an unequal workload distribution amongst the remaining employees, as well as an increase in administrative and labour costs due to the increased number of shifts that need to be filled for absent employees.

Working in high-intensity environments, nurses must maintain high levels of vigilance throughout their shifts. A person who is over-tired or under stress will struggle to focus on the task at hand, which may endanger them, their colleagues, and potentially the patients under their care. Lack of focus and procrastination are both issues deeply rooted in the heart of employees facing difficult or stressful situations. Nurses should be able to focus their attention on the work ahead of them and direct all their attention towards a single priority.

In a study based in Ontario, researchers observed that the hospital staff had an increased use of distraction to cope with stress.

Stress and burnout can lead nurses to make more mistakes while they are at work. When people are under pressure, they may unintentionally take action with limited regard to the direct consequences or risks involved. In the medical industry, for instance, chronic stress can sometimes cause employees to make mistakes that have serious repercussions on patient care. These mistakes can end up costing an organization much more than lost time and administrative overhead, and hospital executives should attempt to mitigate these situations at all costs. Work stressors directly harm productivity, resulting in unnecessary costs and wasted resources that could be allocated to more profitable endeavours.

More specifically, A.E. Rogers et al. found that “the risks of making an error were significantly increased when work shifts were longer than twelve hours, when nurses worked overtime, or when they worked more than forty hours per week.

Hospital employees who really enjoy their work will be ready to go the extra mile to further their institution's interests. People who thoroughly enjoy their work environment tend to show up early  with a positive mindset and work proactively throughout their shifts. However, excessive stress and overtime can negatively impact job satisfaction, which may cause employees to progressively do less and less to get through their day. Employees with low job satisfaction are also unlikely to volunteer to complete additional tasks unless required to do so. When such situations affect the performance of a particular department, additional staff might be required to make up for the loss in productivity.

Many of the consequences arising from stress and overtime, such as reduced job satisfaction and absenteeism, lead to poor time management. A nurse who is tired and under pressure typically does not have the motivation to prioritize tasks according to a particular timeframe. Instead, they may only carry out the most urgent activities and shy away from the rest in order to alleviate some of the additional stress. Unfortunately, poor time management increases the number of stressors in the workplace as responsibilities stack up, building up into what eventually seems like an insurmountable list of things to do.

A.J. Ramirez et al. found that feeling overloaded and its effect on home life, and feeling poorly managed and resourced were sources of stress associated with both burnout and psychiatric morbidity.

In 1985 P.K. Wilke et al. attributed work-related stress to behavioral problems such as poor relations with colleagues. Strained relations between employees in the workplace can be a direct consequence of stress and overtime affecting members of the nursing staff. For instance, if an employee repeatedly calls in sick, the remaining nurses have a higher workload to distribute and may start resenting their colleagues for the additional responsibilities. Employees who feel they constantly have to pick up the slack behind certain colleagues may become less tolerant of their coworkers or superiors. In such circumstances, small mistakes made by members of a department that would usually be politely addressed can suddenly result in serious interpersonal conflicts.

Technology and information systems built to support hospitals have the potential to help and optimize the healthcare sector. According to Infoway’s annual report in 2017-2018, “annually, connected health information currently produces an estimated: 5.9 million hours in time savings for providers and $189 million in economic productivity gains”.

During the 2022 edition of the Health Informatics symposium, Logibec had the privilege of leading a workshop in partnership with the Ministry of...

For the 32nd ADRIQ Innovation Awards Gala, Logibec is delighted to be among the finalists in the "Innovation from Public Research" category thanks to...